(Toronto, Ontario, November 5, 2018) – Galway Metals Inc. (TSX-V: GWM) (the “Company” or “Galway”) is pleased to report drill results at the Newiska horizon on the Company’s 20,915 hectare, 100%-owned, former producing Estrades Project in the northern Abitibi of western Quebec, Canada. The Newiska prospect is located 8,000m southeast of the former producing Estrades polymetallic deposit (Figure 1 and Figure 2). 8,200m to the west and 2.2 km south of the Estrades deposit, another strong TITAN geophysical conductor that has a remarkably similar signature to the main Estrades deposit was observed. This conductor coincides with a cross fault extending from Estrades to the Newiska felsic rhyolite that typically hosts Volcanogenic Massive Sulphide (VMS) deposits (Figure 3). The company is also pleased to report additional strong TITAN geophysical conductors delineated to the east and west of Estrades (A and B in Figure 4) and deeper below the drilling at the deposit (C in Figure 4 and Figure 5), and the initiation of a gravity survey covering substantially the entirety of all three mineralized horizons at Estrades (Figure 6).

“Galway believes that the Estrades and neighbouring Caribou deposits are two parts of a cluster of deposits in the area—which is very common with VMS systems. The upcoming gravity survey likely will corroborate the IP and MT anomalies identified by the TITAN survey and may also point to more targets, especially since the gravity survey will encompass a far larger area of the Estrades camp. All those copper-rich stringers at Newiska indicate a big plumbing system that may lead Galway to another sizable deposit.” cites Mike Sutton, V.P. Exploration for Galway Metals.

Importantly, these drill results are located on the edge and immediately above a new geophysical target outlined by Galway’s recently completed TITAN geophysical survey, which may indicate the presence of a major, previously unrecognized massive sulphide body at Newiska (Figure 2). Of note is that Galway’s drill program at Newiska occurred prior to the receipt of TITAN geophysical results. At hole 1, Galway’s new TITAN geophysical survey from Quantec Geoscience outlined a strong IP (“Induced Polarization”) conductive zone over 1,000 metres in length that may correlate with a deep MT (“Magnetotelluric”), less-resistive anomaly extending to depths of 2,000 metres (Figure 2). As this could possibly represent a large body of massive sulfide mineralization, and given the copper-rich stringer zones found peripheral to the location of the anomaly, this represents an exciting new target for follow-up drilling.

The assays in holes 1, 2 and 3 noted above are 70 metres apart east-west and located 50-65 metres below the intersection in hole NK-04, except for the 2.1% copper, 6.7% zinc, and 145 g/t silver over 0.6 metres which is a different zone located 70 metres south and 165 metres below (Figure 2). Hole 3 was originally targeting an area 100 metres east of hole 1 but deviated far off azimuth and ended up west of it. The high-grade stringer vein intervals in holes 1, 2, and 3 contained considerable chalcopyrite. In hole 1, the high-grade mineralization is part of an extensive 132-metre stringer zone that is present from 328-460 metres. A second stringer zone in that hole is present from 141-194 metres. The significance of such stringer zones is that they are commonly found peripheral to major VMS deposits, which are a major source of metals such as copper, zinc and lead. Also significant is that the favourable felsic rhyolite is significantly wider at Newiska than at Estrades, and that Newiska hosts the historic Telbel, Joutel and Poirier mines to the southeast (Figure 7)

In addition, a second strong TITAN IP chargeability target, “Estrades South,” has been discovered 8,200m west along the same Newiska rhyolite horizon, and 2,200m south of the Estrades deposit. According to Quantec, this target “seems to present the same [geophysical] signature as the Estrades deposit” and “is associated with a conductive zone” below and to depth (Figure 3). This anomaly was discovered because Galway extended TITAN line 2200W south along the Estrades main cross fault as these faults are believed to be the source for black smokers that form VMS deposits. Galway wanted to see what would happen when the cross fault intersected the rhyolite; hence the anomaly was discovered. Galway believes there has never been any drilling into this area, with the closest known historical drill hole some 400 metres south, and the best drill hole in the area returned 4.7% copper over 0.6 metres in a stringer zone located 1,000m southwest. This new TITAN conductive zone also coincides with magnetic and VLF-EM (Very Low Frequency Electro-Magnetic) anomalies, making yet another highly prospective drill target that could uncover another volcanogenic massive sulfide (VMS) deposit in the Estrades Camp. This should be seen in the context of the fact that VMS deposits, as seen in many districts around the world, tend to form in clusters and so these two targets along the Newiska rhyolite horizon could represent other deposits in the same cluster. As noted above, the former producing Telbel, Joutel and Poirier mines are along the Newiska horizon while the Caribou deposit is along the Estrades horizon (Figure 7).

Two areas of significance at Estrades have not been previously released (Figure 5). Line 1100W, located near the east end of the deposit contains a very strong conductive/low resistive zone below the resource that appears as the strongest anomaly of anything east of the mine workings. This is likely due to the higher copper content of the drill holes along this sub-vertical trend, as opposed to higher zinc elsewhere that isn’t a conductor. Line 2600W, located 1500 metres west in Figure 5, has defined a strong conductive/low resistive zone west and below the workings and resource, and west of the cross fault. This area was targeted with hole 21, which did not reach its target but did intersect extremely altered rhyolite with abundant talc with an assay at the end of the hole of 1.0% Zn over 1.4 m (TW Unknown) at a vertical depth of 1,150 metres below surface. The TITAN survey appears to indicate strongly anomalous geophysical responses in the vicinity of this hole. Before extending or wedging this hole, downhole geophysics will take place to see if the Main zone extension might be immediately to the south. The entire 400-metre vertical area of interest down-plunge of the resource can be drilled by wedging off of this hole.

Important observations were made by Reno Pressacco of RPA during the resource estimation:

Galway has started an airborne gravity survey undertaken by CGG Canada Services Ltd., the leading international gravity survey company, using its HeliFalcon system that is the most advanced airborne system in the industry. It is thought that results from this system are comparable to a ground gravity survey. The targets will be VMS deposits located along the two rhyolite horizons (common hosts to VMS deposits), and the delineation of buried intrusives along the 35 km of the Casa-Berardi trend that Galway Metals owns (Figure 6). These potential intrusives could act as heat sources and plumbing systems for gold emplacement. Other work Galway plans to undertake includes whole-rock geochemistry on alteration assemblages and on thin sections.

If true width (TW) is not specified, the orientation of the zone is unknown at this time; NK-05 and NK-06 did not return significant assays; NK-10 was stopped before the targets due to lack of water; numerous assays of 0.5%-1.6% Zn and 0.5%-0.8% Cu are not tabulated.

Information on Geology and Mineralization can be found on the Estrades project page of our website at www.galwaymetalsinc.com along with a complete Table of Drill Results released to date.

In compliance with National Instrument 43-101, Mr. Mike Sutton, P.Geo., is the Qualified Person responsible for the accuracy of this news release. Mr. Reno Pressacco, P. Geo., is the Qualified Person responsible for preparation and disclosure of the Estrades Mineral Resource estimate, and is independent of Galway. The drill core is sawn in half with one half of the core sample shipped to Swastika Laboratories situated in Swastika, ON, which has accreditation of ISO/IEC 17025. The other half of the core is retained for future assay verification. Other QA/QC measures includes the insertion of certified reference standards (gold and polymetallics) and blanks into the sample stream, and the regular re-assaying of pulps and rejects at alternate certified labs. Gold analysis is conducted by fire assay using atomic absorption or gravimetric finish for samples greater than 10 g/Mt gold. Other Metals (Ag, Cu, Pb, Zn, Co, As) have full acid digestion and analyzed by AAS; with over limits (5000 PPM) analyzed by AAS using method dilutions, and the Silver (Ag) over limits (> 200 ppm) analyzed by fire assay (FA) & gravimetric finish. The laboratory re-assays at least 10% of all samples and additional checks may be run on anomalous values.

Galway is also pleased to announce that it has awarded 150,000 incentive stock options exercisable at C$0.175 per common share and expiring on November 5, 2028, an officer of the Company. This grant of options is in compliance with terms of the Company’s Stock Option Plan and remains subject to acceptance by the TSX Venture Exchange.

Galway Metals is well capitalized with two projects in Canada: Clarence Stream, an emerging gold district in New Brunswick, and Estrades, the former producing, high-grade VMS mine in Quebec. The Company began trading on January 4, 2013, after its successful spinout to existing shareholders from Galway Resources following the completion of the US$340 million sale of that company. With substantially the same management team and Board of Directors, Galway Metals is keenly intent on creating similar value as it had with Galway Resources. 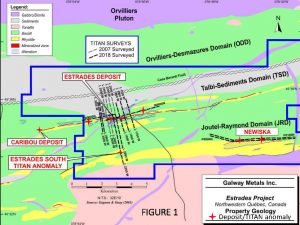 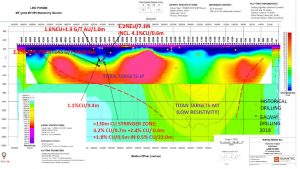 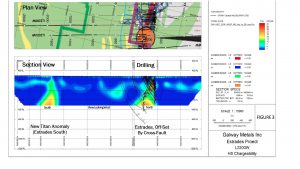 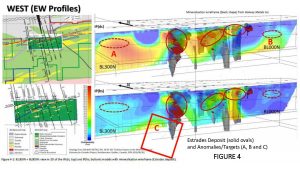 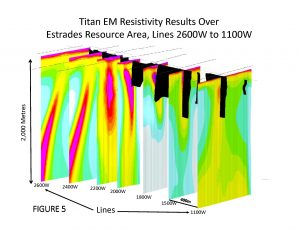 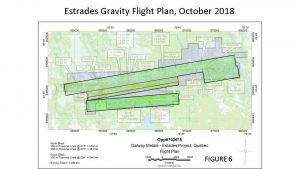 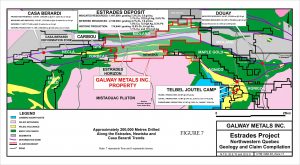