(Toronto, Ontario, November 19, 2020) – Galway Metals Inc. (TSX-V: GWM) (the “Company” or “Galway”) is pleased to report assay results that were pending from drilling on the east and west sides of the Richard Zone at the Company’s Clarence Stream project in southwest New Brunswick, Canada (Figure 1 and Figure 2). The latest results are highlighted by:

Robert Hinchcliffe, President and CEO of Galway Metals, said, “The strong, wide mineralization in hole 128 in the gap between the Richard and George Murphy Zones plots by itself on the long section with lots of room to grow. This really beefs up the footprint of the gold system. With a strong balance sheet following Galway’s $17 million June financing, the Company’s recently expanded 5-rig, 75,000m drill program is fully-funded through the end of 2021. Galway’s aim is to not only expand the existing zones, but to also continue making new discoveries to further demonstrate that Clarence Stream is an important new gold district in North America.”

Holes 125 and 128 were drilled below mineralization in hole 86, which intersected 1.0 g/t Au over 6.3m and 5.8 g/t Au over 0.55m. These 3 holes were drilled in the 660m gap between the Richard Zone discovery hole intersection that returned 7.3 g/t Au over 36.7m and the western-most open good result at the GMZ that returned 12.2 g/t Au over 2.2m in hole 104. This 660m gap between the two zones is a major focus of exploration as Galway attempts to rapidly drill this gap area ahead of the resource update scheduled for the first quarter of 2021. 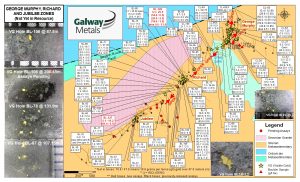 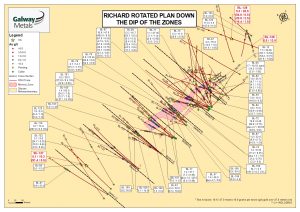 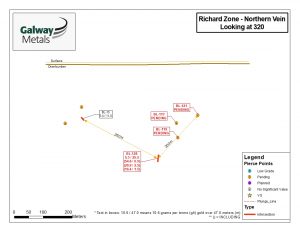 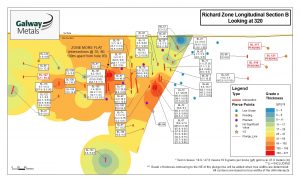