(Toronto, Ontario, October 26, 2020) – Galway Metals Inc. (TSX-V: GWM) (the “Company” or “Galway”) is pleased to report assay results from drilling on the west and east sides of the Richard Zone at the Company’s Clarence Stream project in southwest New Brunswick, Canada (Figure 1 and Figure 2). The latest results are highlighted by:

Robert Hinchcliffe, President and CEO of Galway Metals, said, “The Richard Zone has once again been extended and now has mineralization over at least 926 metres along strike, more than double the previous 400 metre extent. The new results east of Richard in the gap is perhaps even more exciting as they confirm the presence of high-grade gold mineralization in this previously undrilled 660m area. 8 of the highest assays at Clarence Stream are now from Galway’s new discoveries. With over $20M in cash, Galway’s recently expanded 5-rig, 75,000m drill program is fully-funded through the end of 2021. Galway’s aim is to not only expand the existing zones, but to also continue making new discoveries to further demonstrate that Clarence Stream is an important new gold district in North America.”

The West Side of Richard Continues to Return Solid Intersects 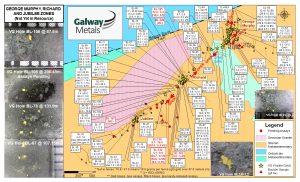 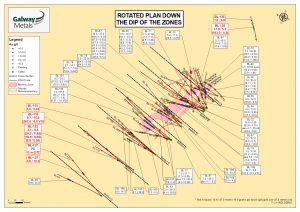 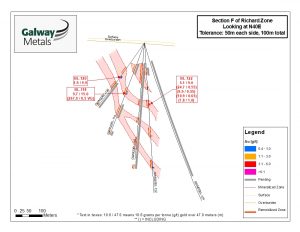 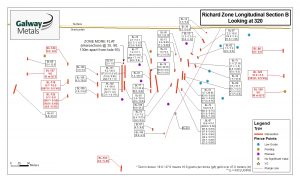 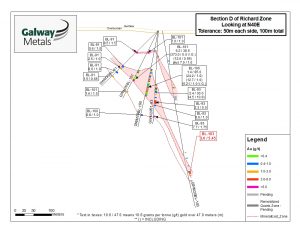 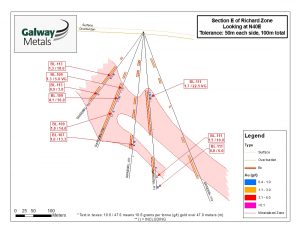