(Toronto, Ontario, July 15, 2020) – Galway Metals Inc. (TSX-V: GWM) (the “Company” or “Galway”) is pleased to report assay results from drilling on the west side of the Richard Zone at the Company’s Clarence Stream project in southwest New Brunswick, Canada (Figure 1 and Figure 2). The latest results are highlighted by:

Robert Hinchcliffe, President and CEO of Galway Metals, said, “We are pleased with this latest set of drill results, and are eagerly awaiting results from many other holes recently drilled as well as the exploration of new targets at Clarence Stream. When the 5th rig arrives in August, we will follow up on the recent discovery located about 1km SW and along strike of the Jubilee Zone, which returned 186.5 g/t Au over 0.6m. Our aim is to expand on this and other nearby intersects so that it becomes another New Zone. If this pans out, the trend from the GMZ to the new discovery will stretch at least 3.5km. Importantly, one of the best soil trends on the property begins another 1km along strike to the SW from our new discovery, and stretches another 4km+ (Figure 3). With $22M in cash, Galway’s recently expanded, 75,000m drill program is fully-funded through the end of 2021. Our aim is to not only expand the existing zones, but to also continue making new discoveries to further demonstrate that Clarence Stream is an important new gold district in North America.”

Galway’s drill program over the next several months is to utilize 5 rigs, up from 3, in the following ways: 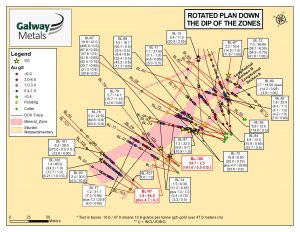 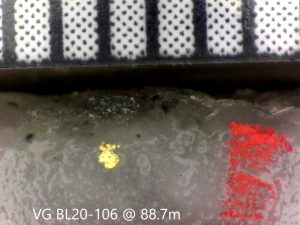 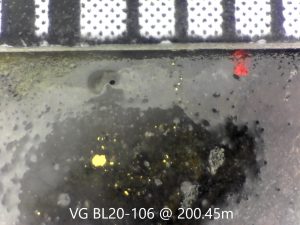