(Toronto, Ontario, April 19, 2017) – Galway Metals Inc. (TSX-V: GWM) (the “Company” or “Galway”) is pleased to report partial assay results from 2,128 metres of drilling contained in seven new holes in the recently discovered George Murphy Zone (GMZ) at Clarence Stream in SW New Brunswick (Figure 1). Galway has drilled 22,677 metres in 116 holes at Clarence Stream since the project was acquired in August 2016 (over 76,000 metres drilled by all operators), with focuses to date on expanding existing resources in the South and North Zones, and on identifying new resources in the Jubilee Zone and the GMZ. Galway plans on incorporating these two new zones into an updated resource in early 2019. On September 26, 2017, Galway issued a resource update on Clarence Stream, prepared by SRK Consulting (U.S.) Inc., which included pit-constrained resources of 352,200 ounces of Measured and Indicated plus 153,100 ounces of Inferred, each at 1.9 g/t gold. The underground gold resource contained an additional 37,800 ounces at 4.4 g/t of Measured and Indicated plus 124,100 ounces at 4.5 g/t of Inferred (Table 1).

Assays are pending for recently drilled hole GWM18CL-26, where significant amounts of Visible Gold (VG) was observed in a 1.25 metre section that is within a broader 10m wide quartz vein zone. This VG is located at the centre of the 300 metre gap (VG Photos). VG was also intersected in hole GWM18CL-25 and in three places in hole GWM18CL-27. They are in the same quartz zone, located approximately 50 metres to the NE and SW of hole GWM18CL-26, but the tenor of these samples aren’t nearly as strong as the VG in hole GWM18CL-26.

Robert Hinchcliffe, President and CEO of Galway Metals, said, “Since we released the updated resource estimate on Clarence Stream six months ago, which included the first-ever pit constrained resource on the project, Galway has released strong in-fill drill results for the South Zone, expanded the Jubilee Zone, and made a significant new discovery at the George Murphy Zone. Now with drill core containing strong visible gold in the heart of the GMZ, we are enthusiastically awaiting assay results. We remain committed to expanding the gold resource at Clarence Stream, which we believe is an emerging new gold camp in Eastern Canada.”

The new GMZ discovery was found by drilling in the immediate vicinity of a 700m long soil anomaly where boulders, which assayed 16.5 g/t, 11.5 g/t and 7.9 g/t gold were found by prospector George Murphy. These boulders are 100-300m south of the GMZ, and like the North Zone, the GMZ is located north of the major structure in the area—the Sawyer Brook Fault. The South and Jubilee Zones are located south of the Sawyer Brook Fault. Hence, gold deposits are hosted on both sides of the fault zone. Within the GMZ, there appear to be multiple veins that trend the same NE-SW direction as the Jubilee and South Zones (Figure 1). Figure 2 shows the location of the new GMZ discovery relative to other zones. Figure 2 also shows that there are many geochemical gold anomalies similar to the GMZ, Jubilee, and the South and North Zones, which Galway plans on drilling.

Galway has set 200,000-260,000 ounces as an exploration target for the George Murphy Zone within a 400m length by 400m depth area and consisting of a 10m average width zone at 2.0 g/t from surface to 150m and 3m wide zone at 5.0 g/t below 150m, based on the first intersections received, and the presence of wide zones of quartz where narrower intersections have been received. The potential quantity and grade is conceptual in nature. There is insufficient exploration to define a mineral resource; it is uncertain if a mineral resource estimate will be delineated.

VG = visible gold. VG in hole 5 was assayed by metallic screens method. No upper cutoff grade was applied; 0.42 g/t Au was used for the bottom cut-off; True widths are unknown. Not all assays were returned from hole 15 when the previous press release was disclosed.

True widths are unknown at this time because dips are uncertain; the zone in holes 4 and 15 appear to be vertical while the quartz in holes 22 and 23 appear to dip at 75° north or south. The VG in hole 26, the 13.8 g/t in hole 22, and the 12.4 g/t in hole 4 all look like they are along the southern contact of a wide quartz zone. As well, multiple zones of quartz are present in holes 23 (4 zones), and 25 (3 zones), and a 30m zone is present in hole 24. The mineralization consists of 10-70% quartz stockworks and veins with 1-5% fine pyrite plus pyrrhotite plus arsenopyrite in sericite altered sediments.

Review by Qualified Person, Quality Control and Reports
Michael Sutton, P.Geo., is the Qualified Person who supervised the preparation of the scientific and technical disclosure in this news release on behalf of Galway Metals Inc. All core, chip/boulder samples, and soil samples are assayed by Activation Laboratories, 41 Bittern Street, Ancaster, Ontario, Canada, who have ISO/IEC 17025 accreditation. All core is under watch from the drill site to the core processing facility. All samples are assayed for gold by Fire Assay, with gravimetric finish, and other elements assayed using ICP. The Company’s QA/QC program includes the regular insertion of blanks and standards into the sample shipments, as well as instructions for duplication. Standards, blanks and duplicates are inserted at one per 20 samples. Approximately five percent (5%) of the pulps and rejects are sent for check assaying at a second lab with the results averaged and intersections updated when received. Core recovery in the mineralized zones has averaged 99%. 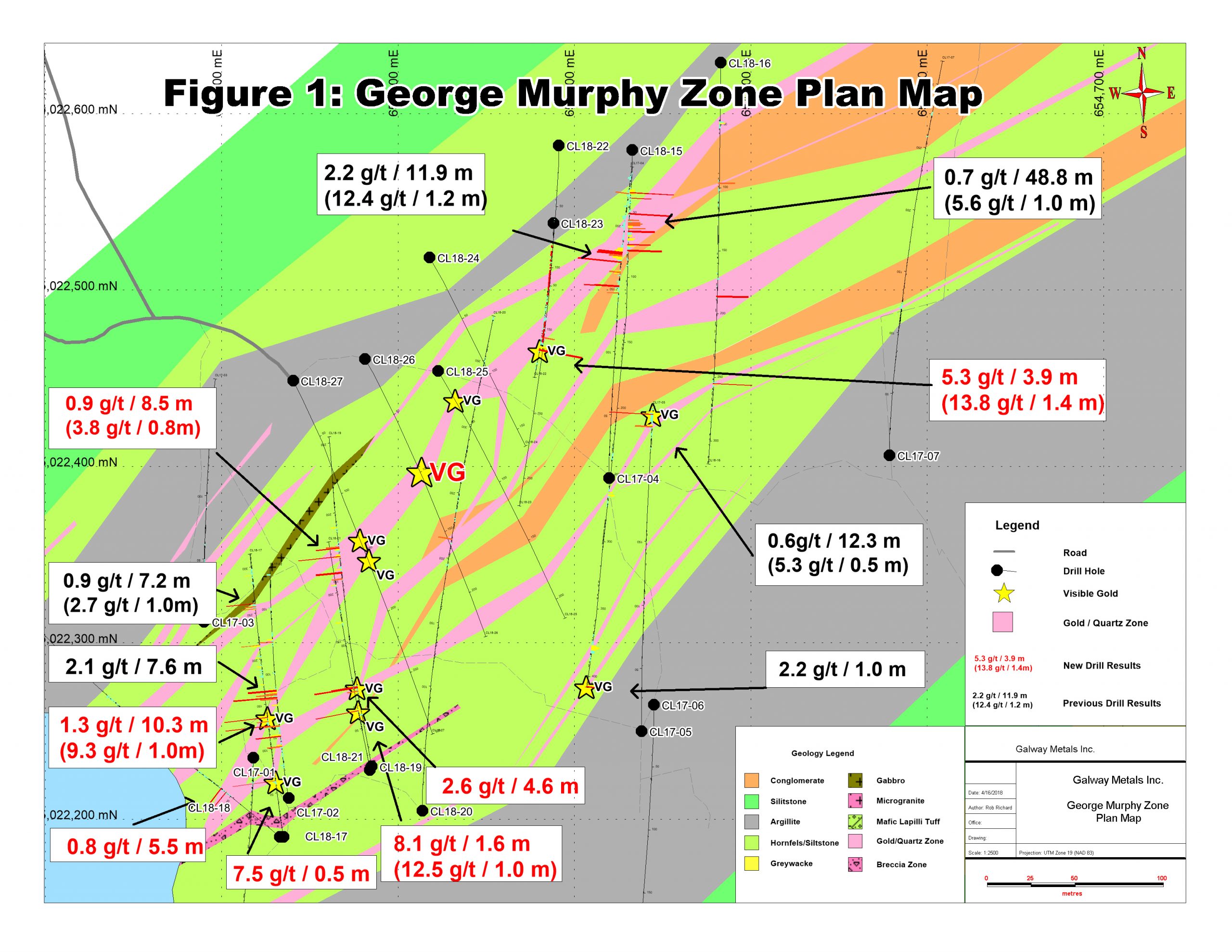 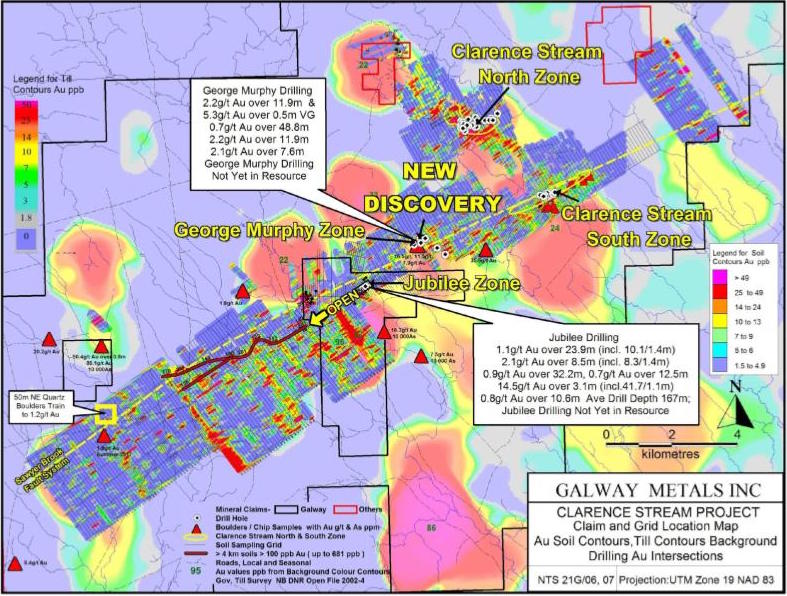 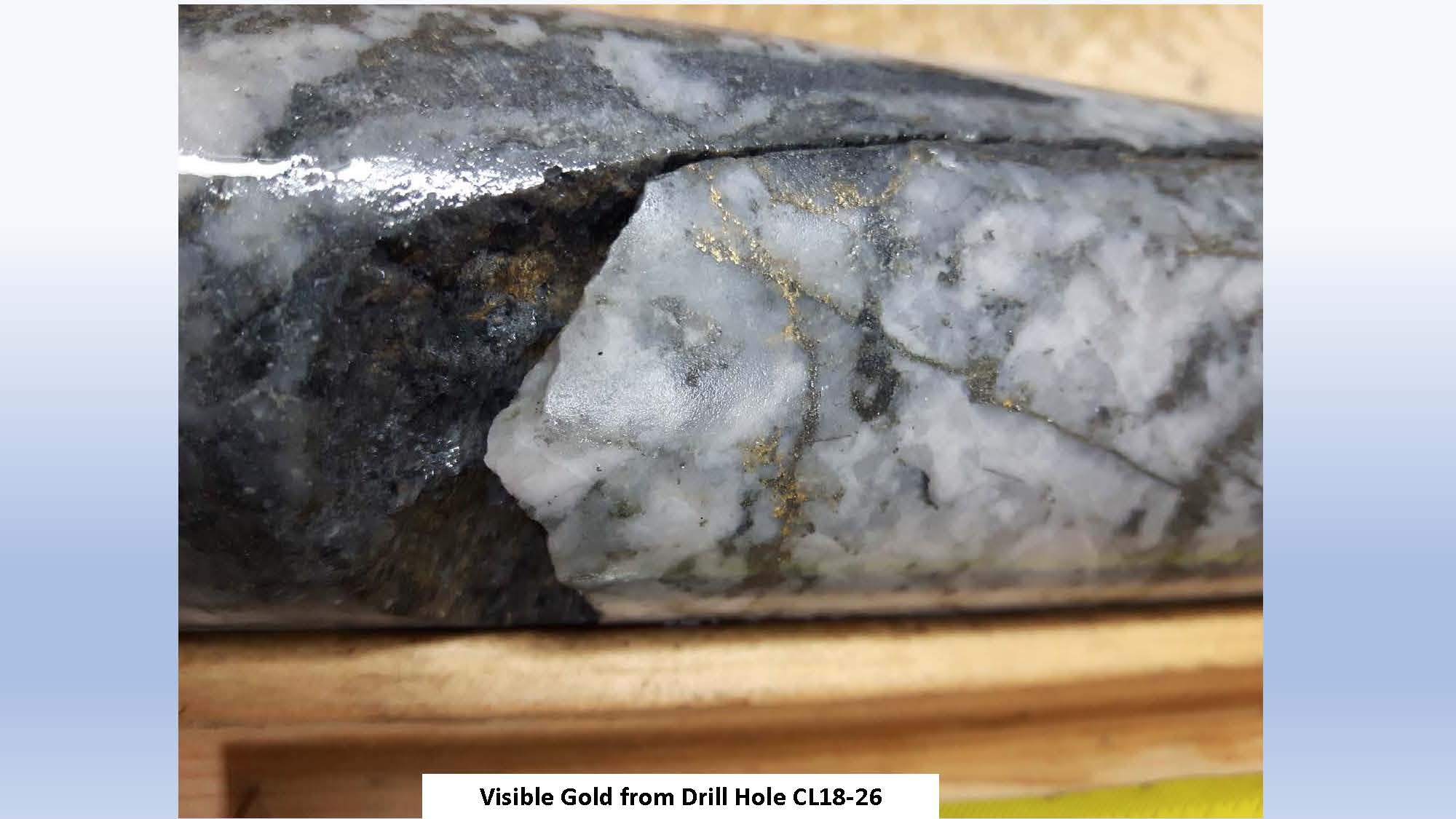 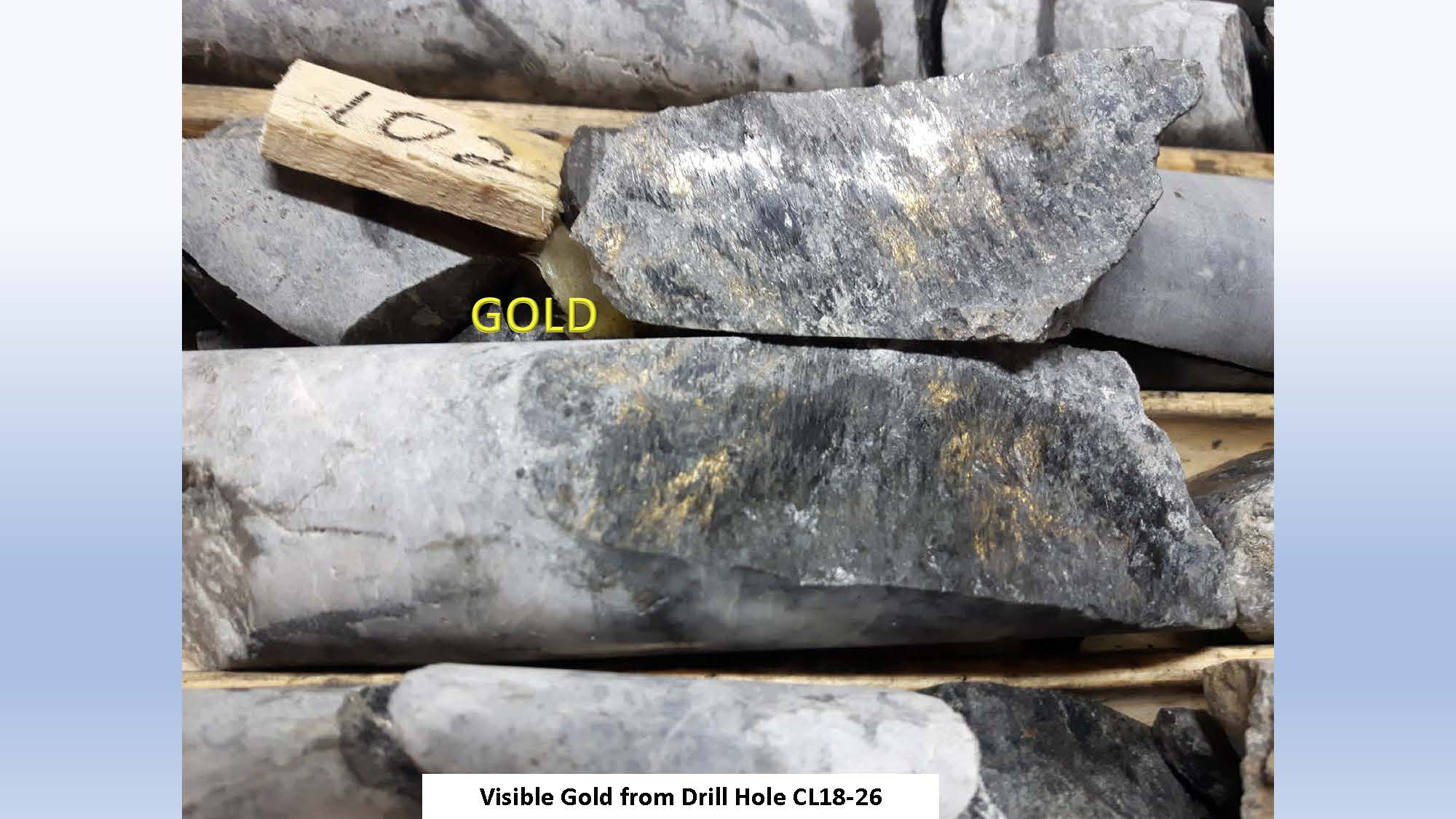 About the Company
Galway Metals is well capitalized with two projects in Canada, Clarence Stream, an emerging gold district in New Brunswick, and Estrades, the former producing, high-grade VMS mine in Quebec. The Company began trading on January 4, 2013, after its successful spinout to existing shareholders from Galway Resources following the completion of the US$340 million sale of that company. With substantially the same management team and Board of Directors, Galway Metals is keenly intent on creating similar value as it had with Galway Resources.